"We are SLV" Awards 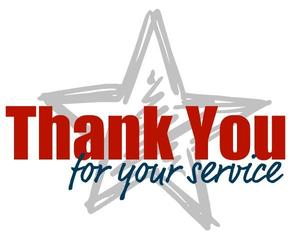 The Measure O Bond Citizens' Committee members were celebrated...
At the regularly scheduled Board Meeting of Wednesday, November 20th, four of the six Bond Oversight Committee members were each individually presented with the "We are SLV" Award.
Mr. Schiermeyer, Deputy Superintendent, nominated this committee and read from his nomination form as follows, "The bond oversight committee has been working with SLVUSD to make sure we are in compliance with our Measure "O" Bond. We are proud to say we have finished spending all Measure "O" funds. Under the committee, we were able to build a new MS/HS Library, new Performing Arts Center, science classrooms and wing at BCE and SLVE, added shade structures, fire alarm upgrades with projects, made playground improvements, repaired HS bleachers, added acoustic panels at BCE, and also contributed to the HS turf field. We appreciate the Bond Oversight Committee's dedication since the 2008 passing of Measure "O"."
Mr. Schiermeyer concluded with the following statement, "we really appreciate all of these people and their dedication and service to the District on this committee".
The Board of Trustees and Dr. Bruton, Superintendent, all expressed their appreciation to the Bond Oversight Committee.
The following committee members were in attendance:
Cameron Haste
Nicole Launder-Berridge
Coco Walter
Nan Wojcik
Committee members that were unable to attend:
Laura Garcia
Lorna Gutierrez